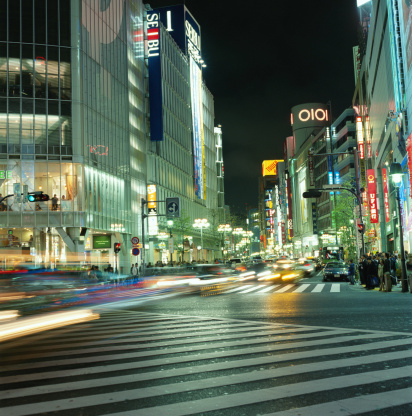 Tokyo’s biggest trade fair, Tokyo Designers Week, sprang into action this year with a huge range of showcases and displays held at the Meiji Jingu Gaien in the Shibuya District. A rainbow-coloured “Hello Design” banner greeted visitors to the main show, and with two major themes – “House” and “Play” – there was plenty for design lovers to see and enjoy. Meanwhile across the city the design bug took hold with some force, with fantastic exhibitions such as the modern-focused DesignTide Tokyo taking place at the same time.

The booths were packed with designers, creators, interactive designs and technologies, but we here at Flyerzone are a particularly geeky bunch when it comes to graphic design, so our favourite series has to be the graphics-inspired furniture by designer Shinn Asano, created with iron using linear forms and negative space. Speaking about his new venture into interior design, he commented: “I realised that a lot of the things I was working with were in two-dimensional space – lines, negative space, etc – I wanted to work with in three dimensions. Japanese craft is known for its high quality and attention to detail and I am interested in combining new materials with forms taken from crafts such as Japanese weaving”.

You can see Asano’s full range here, as well as more information and highlights from the show.